Years ago, researchers had found gas bubbles in blood vessels and organs during the autopsy of washed up whales. In the worst case, the vesicles destroy tissue and cause bleeding and tissue tears. The scientists suspected that the vesicles form when the whales are startled and then emerge from the depths too quickly. 21 experts have now presented a study in the "Royal Society Journal", according to which, among other things, Cuvier's beaked whales die of decompression sickness.

"In the presence of the sonar, they are stressed and swim violently away from the sound source and change their diving pattern," says Yara Bernaldo de Quiros, lead author of the study. She conducts research at the Institute for Animal Health at the University of Las Palmas de Gran Canaria. "So the stress response overrides the diving response, which causes the animals to accumulate nitrogen," she added. "It's like an adrenaline shot."

US researchers had already reported in 2017 in the journal Royal Society Open Science that the 16 Cuvier-beaked whales equipped with transmitters reacted violently to sonar noises during military exercises. In order to escape the noise of the sound waves, the whales stayed longer in the deep diving phase, an average of 90 minutes instead of 60 minutes. 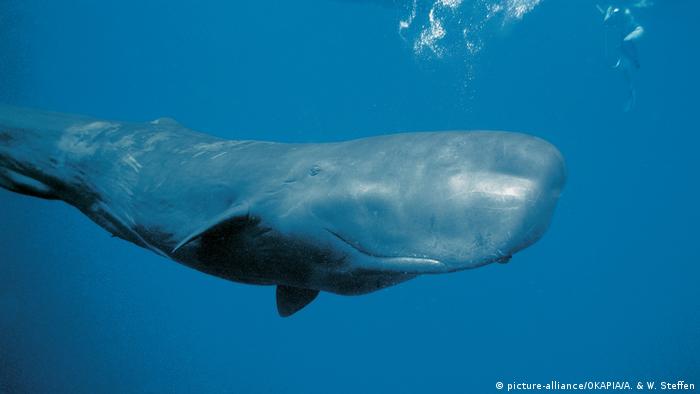 Whales like this mighty sperm whale are actually perfect divers

The marine mammals are actually perfect divers who can use echolocation to detect prey or an enemy. During the diving phase, the heart rate slows down, the blood circulation decreases, and the oxygen remains in the blood.

Relationship between maneuvers and mass strandings

One type of sonar in particular throws these whales out of balance: the medium-frequency active sonar (MFAS) developed in the 1950s to detect submarines. It is used today in naval patrols and exercises, particularly by the United States and its NATO allies.

From around 1960 ships began to send underwater signals in a range of around 5 kilohertz (kHz). This was also when the mass stranding of beaked whales began, especially in the Mediterranean. Between 1960 and 2004, 121 of these so-called "atypical" mass strandings took place, of which at least 40 were closely related to the maneuvers in terms of time and location. 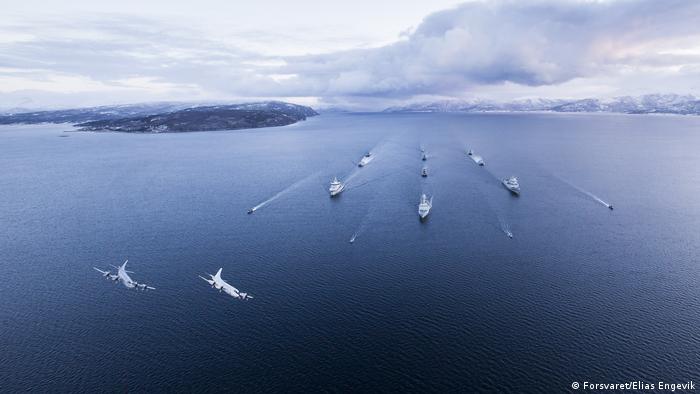 In 2002, 14 whales stranded in just 36 hours during a NATO maneuver off the Canary Islands. Outwardly there was nothing to be seen. Your body weight was normal and you had no skin changes or infections. But her veins were full of nitrogen gas bubbles and bleeding had severely injured her brain. The autopsy revealed further damage to other organs, as well as the spinal cord and central nervous system.

Spain has banned such naval exercises off the Canary Islands since 2004. "Until then, the Canary Islands were a hotspot for this type of" atypical "stranding," said the scientist Bernaldo de Quiros. "Nothing has happened since the moratorium." 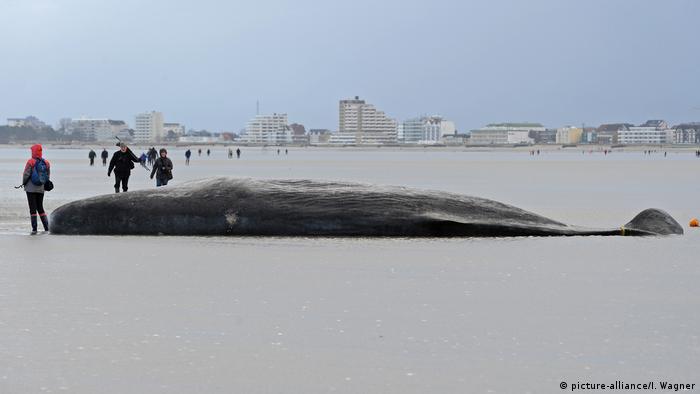 The authors of the new study called for similar bans to be extended to other regions where endangered whales congregate. The Cuvier's beaked whale grows up to seven meters tall and mainly eats octopus and fish from the deep sea. The whale is listed as "vulnerable" on the IUCN's Red List of Endangered Species and is believed to have a global population of 5,000 to 7,000 animals.