How is iodine added to iodized salt

How does iodine get into table salt?

Salt doesn't just make soups and other dishes particularly spicy. It is also suitable as a carrier for the deficient nutrient iodine, which is essential for the metabolism. However, table salt does not naturally contain iodine. It has to be enriched accordingly before it goes on sale.

The table salt available in Germany is mainly obtained from the production of boiling salt. Water flows through salty rock and the salt is dissolved out. The so-called brine is then evaporated until only the salt remains. However, the salt obtained in this process contains only very small amounts of iodine, which are hardly of any health benefit to humans. Therefore, according to the recommendation of the World Health Organization WHO, table salt is additionally fortified with iodine.

The reason for this measure is that the iodine requirement cannot be adequately met even from natural sources such as sea fish or dairy products. As a means of transport for an improved iodine supply, table salt is particularly suitable because it is consumed in roughly the same amount by almost all people.

In Germany, salt iodination is mainly carried out with potassium or sodium iodate, which is dissolved in water and added to the table salt. The prescribed iodine content is between 15 and 25 milligrams of iodine per kilogram of table salt. Sea salt is just as low in iodine as uniodised rock or evaporated salt, although the sea water itself has a very high iodine content. Due to the extraction and purification process, the sea salt contains very little iodine and must be fortified in the same way with potassium or sodium iodate. 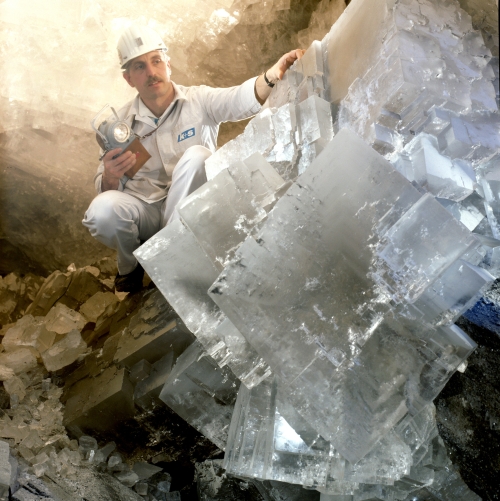