What's so great about Lady Gaga

Lady Gaga is the 28-year-old pop singer with the flashy outfits and a few electro dance hits. Tony Bennett is the 88-year-old singer and entertainer, a music legend who has been on stage for nearly 70 years.

Lady Gaga became world famous in one fell swoop in 2008 with the song "Pokerface", and with it and with "Just dance" she was number 1 in the USA, Great Britain and Germany, and she received awards up to Grammy Awards.

Tony Bennett has 17 Grammys in his closet. For world hits like "I Left my Heart in San Francisco", for his jazz and swing records, for his collaboration with jazz pianist Bill Evans, and for his tribute albums to jazz greats like Billie Holliday, Louis Armstrong or Duke Ellington. He had one top 40 hit after another in the 50s and 60s, many of them number 1. 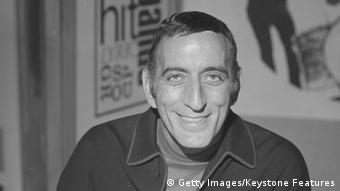 How did it happen that the crooked jackdaw with 42 million Twitter followers and the singing gentleman with his 50 million records sold came together at all?

Not by chance. After all, Tony Bennett is approaching 90 and likes to be supported by younger colleagues. There are now two duet records, the first he recorded in 2006 with musicians such as Elton John, Stevie Wonder and Barbra Streisand. On "Duets 2" from 2011 he sang with really young people: Norah Jones, Amy Winehouse and Lady Gaga, whose talent Bennett was enthusiastic about right from the start.

Real fans have always known that the lady can do more than jumping around in crazy clothes in videos and on stages. Videos are circulating on Youtube in which Stefani Germanotta, her real name, sits at the piano and accompanies herself to powerful, self-written pop ballads.

That made her one of many young talents who toured New York's stages and hoped one day to be able to make money with music. The young Stefani actually made it - by creating her fictional character Lady Gaga, who was ultimately more in the foreground than her singing. 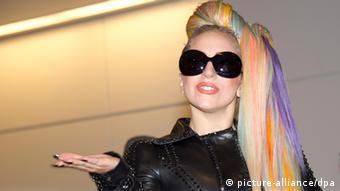 "Originally I'm a jazz singer. But nobody really noticed. And then of course I was very happy when Tony asked me," says Lady Gaga and pats her grandfather friend Tony Bennett's shoulder during a joint CBS interview. Both actually seem a bit like grandpa and granddaughter who like to tease each other, love each other and respect each other.

Both happily tell how much they have in common: a love of music, painting, their hometown New York and finally their Italian roots - both are immigrant children, which connects them.

Lady Gaga had hit rock bottom after the flop of her third album "Artpop". She was musically burned out, had a difficult breakup and actually didn't want to make music at all. Until Tony Bennett offered her an entire duet album.

"Nobody has any idea how happy this music makes me." Tony saved her life, she tells the CBS reporter with watery eyes. And Tony counters that he doesn't understand why she played pop music for so long.

For his 88th birthday, she sent him a plane with a congratulatory banner on it. That touched him: "She has a knack for making wonderful things happen."

And now the record "Cheek to Cheek" is here. With eleven not entirely surprising songs from the large collection of American jazz and swing standards - the "Great American Songbook". They are songs that have already been interpreted by all great singers: Frank Sinatra, Ella Fitzgerald, Dean Martin, Sarah Vaughan, the series is to be continued indefinitely.

The lady drives the old man on

With "Anything goes" the two send the right message right from the start: Everything goes - and here you can hear it. Well played big band sound, the still powerful voice of Tony Bennett and on top of that an agile, good-humored Lady Gaga, very refreshing without the electro stuff with which the singer became so famous.

This runs through the consistently audible album, everything is neatly arranged, orchestrated and recorded. Sometimes it gets a little too sweet when the two sing in two voices in a duet, sometimes you wish you had arranged the songs for Lady Gaga in a slightly lower key. Not that she can't make the heights. A few lower pitches just sound more pleasant. However, her singing is crystal clear, sometimes she breaks out into soul, which is also very good. Her solo on Billy Strayhorn's "Lush Life" and her cheerful, youthful manner with which she audibly infects Bennett and pushes through the songs is great.

And Tony Bennett himself sings like always, he has to pull it too long before he can utter the powerful syllables like "Anything goes", but otherwise the gray crooner has lost none of his energy. Nevertheless: if this record were his alone, only the most loyal fans would have taken it.

In fact, "Cheek to Cheek" is an album that was made hundreds before Gaga and Bennett. But in the end it is Lady Gaga who saves this record. With her noticeable joy in making exactly this music.