Why can we question reality

What is reality
More real than reality

How can and should reality be defined in times of virtual and alternative realities, of VR glasses and fake news?

A widespread concept of reality assumes that there is a material reality that can be perceived through the senses and represented by ideas and language. We usually refer to this concept of reality when we talk about reality in everyday life: Reality is what can be observed and measured, what is expressed through factually verifiable knowledge, what exists as an objective outside world and cannot turn out arbitrarily. It is true that in philosophical theories such as skepticism the existence of a material outside world is questioned - after all, one could constantly dream that there is such a thing as reality. Beyond such mind games, the common understanding is that a real world exists and that there is true knowledge or true sentences that essentially agree with this world.

So in everyday life there is definitely a rough agreement about what could be reality. Have we already found a definition of reality with this? Not at all. Two phenomena have raised new questions in recent years that push our everyday understanding of reality to its limits: On the one hand, there is now virtual reality. Technological developments make it possible to simulate digital realities in such a way that we can experience them as real as the non-virtual world. A completely different, socially highly explosive development is the spread of so-called fake news, which are based on fictions, but create new realities in the media.

Both phenomena show on the one hand that there is not one objective reality, but also arbitrary virtual, medially distorted or fictitious realities. These may nevertheless be held to be true or factually existent. What do both phenomena tell us about reality, and how should we classify virtual or fictional realities?

Virtual reality (VR) and its technology has increasingly become the subject of philosophical considerations since its development. The main question is what it actually means that reality is virtual. With the adjectivevirtualTypically an artificial, non-real reality is to be described. This virtual reality only has the status of a supplementary representation of reality. What is virtual is supposedly not real, but a simulation or a model of reality. 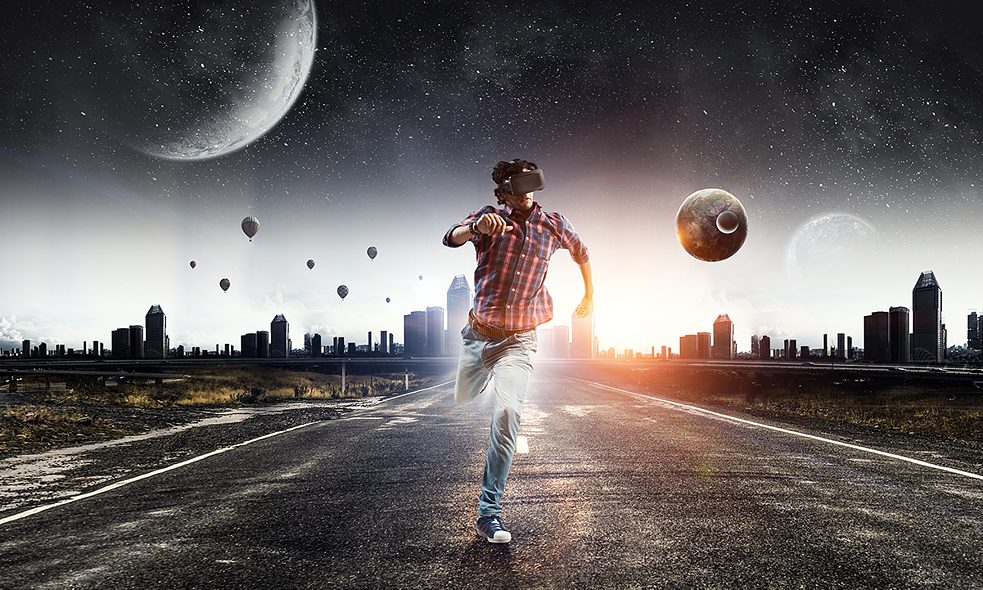 On a sensory and visual level, virtual reality is becoming more and more similar to natural reality - and can therefore be experienced in real life. | Photo: © Adobe However, the constantly improving VR hardware, including in particular data glasses, has also raised the question of whether virtual and non-virtual reality may one day become indistinguishable. This would mean that virtual reality would no longer be perceived as a kind of oppositional, second reality. There would no longer be a clear dichotomy between virtual and non-virtual reality, rather it would make sense to differentiate between different modes of reality. This roughly corresponds to the beliefs of epistemology and the cognitive sciences. Here reality counts as something constructed that can neither be objectively perceived nor expressed through factual assertions. In short: Reality is what the individual makes of it. This in turn means that there is no longer just one idea of ​​reality, but many.

In fact, the idea of ​​indistinguishability between non-virtual and virtual reality is still a mere thought game, the technical realization of which is purely speculative. Jeremy Bailenson, one of the best-known researchers in the field of virtual reality, nevertheless assumes that in ten to twenty years the visual differentiation between virtual and non-virtual reality will hardly be possible. VR researcher Michael Heim also speaks of the “paradox of virtuality”: As a result, the expression “virtual reality” on a sensory level makes less sense the closer it is to natural reality.

However, VR technologies have not yet triggered a serious debate about whether what should be called real is arbitrary. In this context, another phenomenon comes into focus: fake news.

In view of fake news, alternative facts, conspiracy theories and other distorted media content, the idea of ​​a plurality or even relativity of different references to reality takes on a rather problematic role. If there is no shared, fundamental understanding of reality, democratic negotiation processes become dysfunctional. 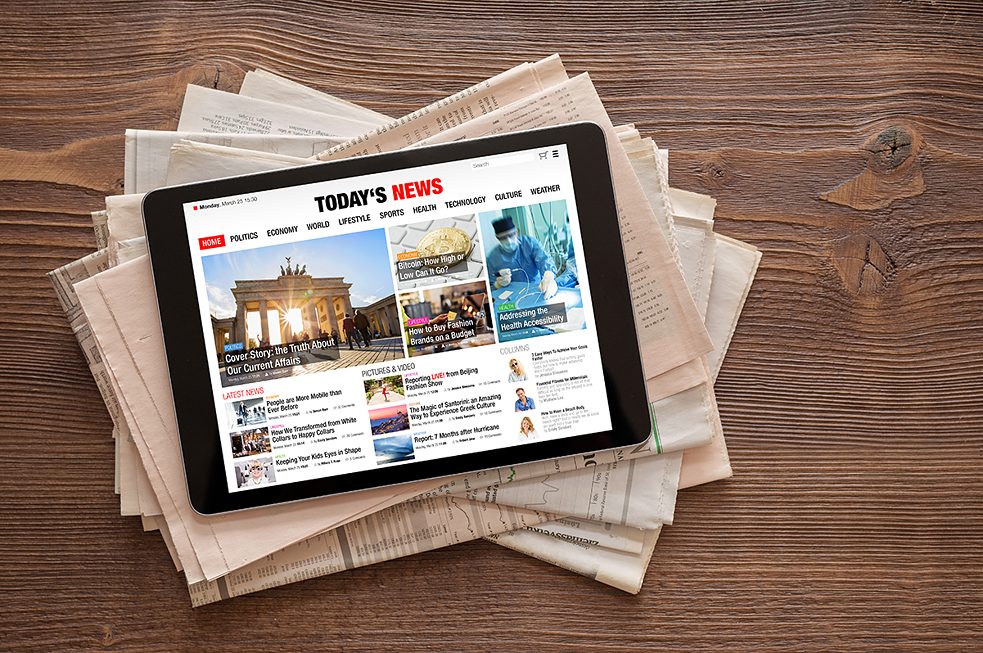 On the Internet we have access to more information than ever before, describing very different worlds. Fake news is based on fiction, but creates new realities in the media. | Photo: © Adobe What is interesting at this point is the fact that within the humanities, including media ethics in particular, the thesis has long been held that progressive societies require a plurality of constructions and blueprints of reality. According to this, democracies, as media scientist Bernhard Pörksen wrote in 2014, lived on alternative and competing concepts of reality that should not be made absolute. According to him, dogmatic conceptions of reality should be rejected.

Nowadays the call to increase the plurality of reality designs has been realized in the media - and the consequences of relativism are undermining the achievements of democratically constituted states around the world. Distorted, wrong or ideologically twisted messages that are distributed via messengers, groups or automatically by bots and personalization algorithms are accessed and read millions of times.

In discussions about fake news, the old philosophical idea of ​​an actual, actual reality, which only needs to be adequately recognized in order to be able to separate fact from fiction, regains relevance. The name alone Fake newsevidences a perspective from which it is supposed to be objectively recognized how things are going with the facts.

Of course, on the one hand, a dogmatic and authoritarian determination of what is to be regarded as reality is to be seen as problematic. On the other hand, however, reality relativism results in random and unproductive conflicts. In order to continue to protect democracies, it is necessary to regain a certain amount of fundamental, shared truths from which to start discussions. A fair balance should be found here; with a new education in media skills, with the adaptation of certain journalistic ideals in the production of content on the social web, with a stronger authority for scientifically gained knowledge and with modified algorithms. 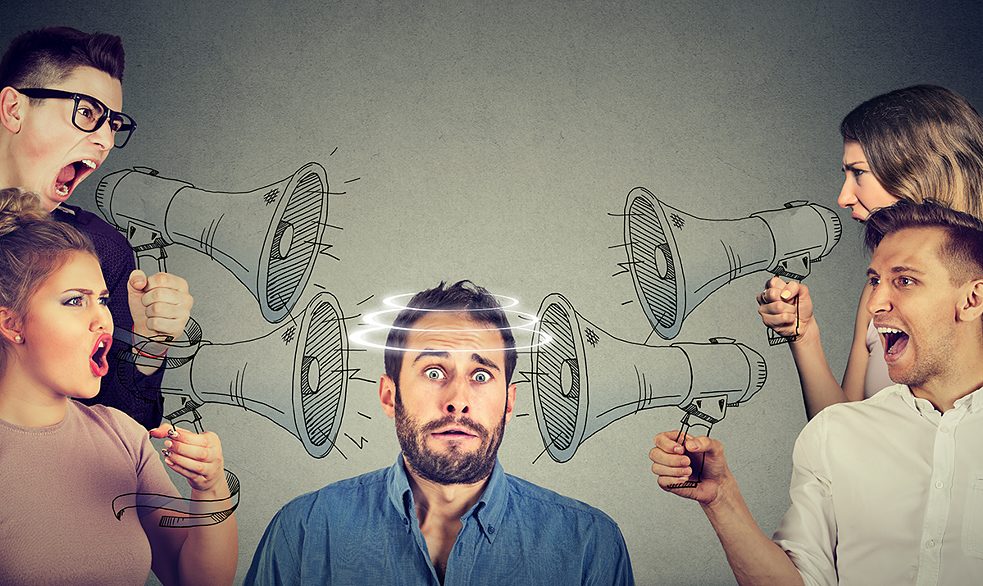 Democracies are based on debate. Without a fundamental social agreement on truth and fiction, democratic negotiation processes become dysfunctional. | Photo: © Adobe As is so often the case, the answer is neither black nor white: people are neither alive - as in a filmmatrixshown - clueless in various virtual reality simulations, nor can they clearly access an objective reality through language or observation. Instead, a pragmatic approach is required in which two fundamental facts are recognized: First, that reality is socially constructed. And secondly, that what is truth and what is fiction cannot be completely arbitrary. In contrast to postulating relativistic positions, what is needed is a certain stock of collectively shared views of what is real and real.