For the US, Iran is "a fundamentalist regime that strives for the atomic bomb" and belongs to the "axis of evil". Conversely, for Tehran, Washington is home to the “godless, great Satan” and the “root of all evil”. Hardly any relationship between two states is as strained as that between Iran and the USA. Both sides deeply distrust each other, feel offended or humiliated by the other. The reasons for this hostility go back further than the 1979 Islamic Revolution. As early as 1953, the USA intervened on a massive scale for the first time in Iran's politics - with consequences that continue to shape the Middle East to this day.

For a long time Washington kept silent about its involvement in the events of that time, although shortly afterwards numerous press reports suspected that the CIA was involved. Only now, almost 65 years later, has the US State Department published a detailed report long awaited by historians on the involvement of US intelligence agencies in the coup against Iran’s then democratically elected Prime Minister Mohammed Mossadegh.

Colonial attitudes and fears of communism 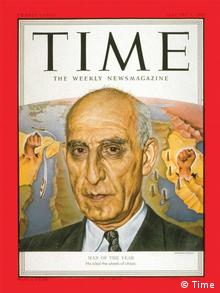 For Time magazine he was the "Man of the Year" 1951: Mohammed Mossadegh

The world between Washington and Tehran was still fine shortly after the Second World War. The renowned Time magazine even voted Iran's Prime Minister Mohammed Mossadegh Man of the Year 1951. Because he had dared to nationalize British oil production in Iran. For this, high-ranking US politicians also paid him respect. "In the USA at the time there was great sympathy for the anti-colonial freedom movements in the Third World," says Jürgen Martschukat, Professor of North American History at the University of Erfurt: "Mossadegh was even treated as a kind of 'Benjamin Franklin of Iran'."

The British were less enthusiastic. Iranian oil production had been in their hands since the beginning of the 20th century. The Anglo-Iranian Oil Company (AIOC) had made huge profits for the Empire every year. "For decades, the Iranian oil was literally stolen by the British," says the Iranian publicist Bahman Nirumand, who lives in Berlin. "Iran only got hand money for the oil that the British were producing." Tehran politicians have therefore vehemently demanded a fairer distribution of the proceeds since the late 1940s. But Great Britain was stubborn and insisted on fulfilling the lucrative contracts. When Mohammed Mossadegh was elected Prime Minister in 1951, the situation escalated: In his first official act, Mossadegh unilaterally terminated the contract with the AIOC on April 30, 1951 and nationalized the oil industry.

London reacted indignantly, threatened to invade and called Washington for help. But the US government under President Harry S. Truman declined. Of course the British were allies. But Washington was not interested in Tehran's continued weakening. The fear of driving Iran into the arms of the communist USSR was too great. In addition, from Truman's point of view, the British were partly to blame for the escalation through their rigid stance.

The CIA and the fall 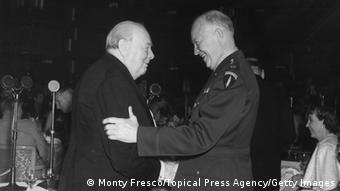 The US attitude changed after Dwight D. Eisenhower succeeded Truman as US President in late 1952. For two years the Iranians and the British had negotiated with no results, the positions were completely deadlocked, the mood downright hostile. Britain had imposed a full oil embargo on Iran. The country's economy was shattered. Radical forces like the communist Tudeh party gained more and more support in Iran.

In the wake of Eisenhower, anti-communist hardliners had taken over the helm in Washington: John Foster Dulles became foreign minister, his brother Allen head of the CIA. They viewed developments in Iran with concern, even describing Mossadegh as a "madman" who could drive the oil-rich country into Russian hands with its sustained confrontation course. "It came to the conclusion that you had the tricky situation With Mossadegh would not be able to solve ", so the historian Jürgen Martschukat. The USA still refused a military intervention in Iran." The Eisenhower government was ready to proceed with other means than the Truman government. "That was when the CIA came into play.

In the summer of 1953, the US secret service launched "Operation Ajax" in Tehran: the CIA bribed politicians, officers and clergy and incited them to oppose Mossadegh. At the same time, she persuaded the Shah Reza Pahlavi to remove Mossadegh by decree. On August 19, there was a street battle between Mossadegh supporters and coup plotters in front of the prime minister's private home. "We were amazed at the people who demonstrated against Mossadegh," says Bahman Nirumand, who witnessed the coup at close quarters as a student in Tehran: "There were really bad killer gangs among them, and poor people from the south of the city who were you had bribed with money. " When the army loyal to the Shah intervened, Mossadegh was overthrown and his reign came to an abrupt end.

Even during the coup, according to Nirumand, "it was assumed that it was not organized by the Iranians." The assumption quickly became a certainty. The Shah received massive support from the United States. The nationalization of the oil industry was reversed, half of the oil revenues went to Iran and the other half to a consortium of 17 mainly American and British companies. Shah Pahlavi established a dictatorship - with military, financial and personal backing from the USA. "There were over 10,000 American advisors in Iran at the time," says Bahman Nirumand. "You ruled the country for practically 25 years."

The Shah was overthrown in early 1979 by the Islamic Revolution led by Ayatollah Ruhollah Khomeini. "The memory of Mossadegh was very present throughout the protests," says historian Jürgen Martschukat. During the anti-Shah demonstrations in 1978, numerous demonstrators held up pictures of the former prime minister. And when angry Iranians stormed the US embassy in Tehran at the end of 1979 and took 52 Western diplomats hostage, this had great symbolic power. Because it was from this building that the masterminds of the Mossadegh putsch in 1953 pulled the strings.

Cemented suspicion on both sides 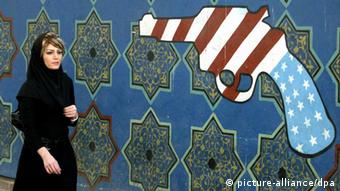 The fall of Mossadegh left a trauma in Iranian society that can still be felt today. Bahman Nirumand is convinced of that. The fact that the anti-American propaganda of the mullahs still catches on more than 60 years after this event is largely due to the destruction of Iranian democracy by the CIA at the time: "The Islamists in Iran are still living on it today. They say: 'The Americans just aren't to trust '. "

On the other hand, the embassy storm of 1979 "was a massive cut in the self-perception of the United States," according to US expert Martschukat. Because in Washington he solidified the image of Iran as the enemy of America. In the period that followed, the USA and Iran cultivated their mutual dislike so much that direct talks between the two states are hardly possible to this day.

In the short term, the 1953 coup was of great benefit to the Americans. Because he secured the loyalty of the Shah to the USA for 25 years and almost unhindered access to the Iranian oil reserves. But in the long run, the coup proved to be a big mistake. "There is relatively unanimous agreement among historians," said Martschukat. In the early 1950s, the USA was popular not only in Iran but in the entire Middle East: "As a state that had liberated itself from Europe from the state of colonialism, the USA served as a model," explains the historian. Until the decision was made to overthrow the Mossadegh government out of tough economic interests and replace it with a dictatorship. "The US must have gambled away a lot there."