Why does Ridley hate Samus

The Metroid games have always been super duper: A space adventure with a little bit of shooting, far from home, wherever it may be. In the latest trick by Max and Mori… Nintendo, the story of the bounty hunter Samus Aran is explored for the first time. To compensate, I didn't feel like doing the same with the cardboard plywood worlds ...

Why, Nintendo, why ?! Haven't I robbed Sparkiller of my last nerve often enough with Mario, Zelda and Metroid stories from my youth and sold it on the black market? Why are you doing this to me to give one of the most iconic science fiction adventure series into the hands of programmers who call themselves "Team Ninja" and use this name only as an excuse to commit programming hara-kiri ?!

“Oh, edge! Your flicker is as strong as my heart is pounding with excitement when I see you ‘!” - Yes, the edge flickering is really not very nice. That looked really better with other flagship titles like “Super Mario Galaxy (2)” or “Super Metroid Prime 3”! And these gray, lifeless worlds with the textures of an N64 smoke screen appear as lively as an interactive “cataract” simulation. Okay, admittedly, there are really worse things. But since "Prime 3" is still one of the best-looking Wii games, "Other M" is somehow a step backwards into the world of wobbling. No trace of the typical Nintendo fine-tuning. The graphics are just "there", serve their purpose and have to shut up the damned mouth as long as they keep their feet under my table ... - but that's another topic.

Even after hours I couldn't really immerse myself in a strange world here. Whereby: I'd rather not immerse, People! Otherwise you could possibly get something away from this slimy, cold-looking graphic mire. 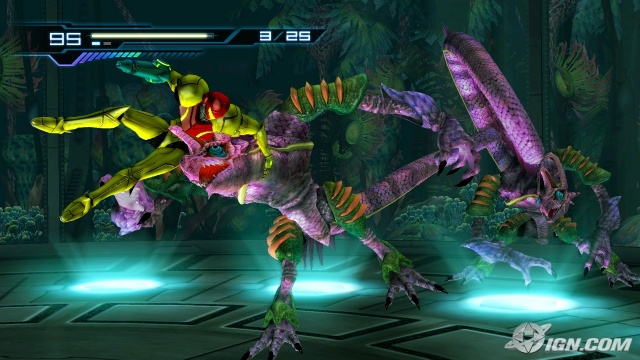 “Finally I can really give myself the edge, hey!” - Shot, out, over: What still looks dynamic on promo pictures degenerates in the game into a ballistic exercise à la “Asteroids”. And the camera rarely zooms in on the action that close. Which is good, because even at the standard distance, the overview sometimes goes a long way ...

Sure, that too is somehow okay if you expected at most a freeware game in which Manni Moppel programmed something other than Counterstrike maps from his old vocational school for the first time. Samus will now aim independently if you look halfway in the right direction. In times of sandbox games and open-world adventures, this semi-automatic anachronism has to be boiled up with a good helping of fanboy booze. The same applies here: After the nice shooting (brand “Aim at the screen”) in “Prime 3”, this is a step backwards of even epic proportions. Well, at least something that is bigger than my mouth when yawning in this game.

The evasion and supermove function was also on my watch like a Metroid parasite in my own attic. Sometimes it works, sometimes it doesn't, sometimes sometimes, sometimes the flush of anger painted red marks on my face. The fights, including those against the final bosses, all fall into the category of "annoying instead of cult" and at most drove the tears of joy of a happy masochist to my cheek. Hardly a trace of the once gigantic battles against gigantic horror creatures; battles against oversized intestinal parasites dominate in square chambers. In addition, you have to constantly switch to the 3D perspective, since you can only send rockets on their destructive journey here.

Why Samus has recently become too stupid to move freely in this view or to ignite the really big firecrackers in normal perspective (= from above / from the side), someone who has studied game design for at least a few minutes has to explain to me. Occasionally it gets really confusing or hectic when suddenly the perspective changes and you self then in the "fit of rage" mode (to activate this gamer ability, enough points of criticism must first be collected in the level sections). 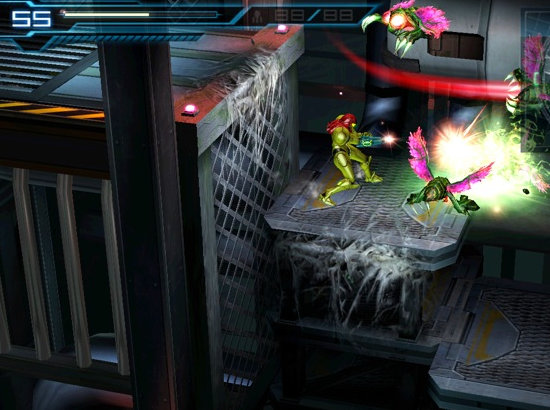 “Uh, well, console. Then spiel you play the game by yourself. I go poop. Bye! ”- bewilderment for target scanners: Samus aligns himself automatically and only turns to the opponent that the software has just thrown. So whoever directs the tick helicopter from this position above want to move away, first have to plan a short day's hiking (e.g. to the top platform) ...

In addition, there is no longer an analog stick. Samus runs alone with the control pad through the "My hat, it has 6 corners" landscape. That seems hard and inflexible on the thumb and any criticism. Also little things like the automatic end of the morph ball mode when you get hit by the opponent were the nail on my coffin ... uh, coffin review.

While in the Prime trilogy a little effort was made to give something like new impulses (rifles) with new visor abilities and weapons, the upgrade in "Other R" looks as absurd as it did 10 years ago: Superbombe, Wavebeam, Hanging beam ... ultra-yawn! Everything like in the song “10 little negroes”, only that HERE one more is added instead of dying away. Apart from the motivation.

Annoying: Enemies no longer leave any life energy or missiles. In times of crisis you have to stand up and point the Wii controller towards the ceiling in order to (somewhat!) Regenerate. Sounds good, but in tricky situations it's not much fun if you raise your controller in the "Sieg Heil" pose in the midst of a hopping crowd of opponents and, of course, are struck down anyway. Didn't really work in 1945. 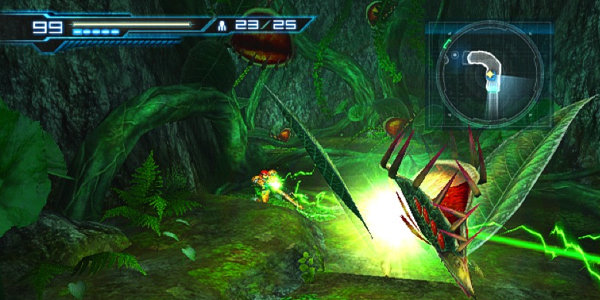 "Go on sucking the texture of the ground, you rabid palm fronds!" - Only with it instead of in the middle: I would like to play scenes like this from the first person perspective. EXCLUSIVELY! Is it too much to ask for the guys from the "Retro Studios" (did the three predecessors) to patch and beautify it? I also like to wait another three years, honestly!

There are fine cutscenes, for sure! You want to order the corresponding smooth polishing wax. This is of course highly unusual for a Nintendo situation. You want to press yourself onto your blue and white checkered belly like Obelix once did and shyly ask whether that might not make you fat. - In any case, the past of the space amazon is explicitly illuminated. One tries hard, but in the end it only comes out as a C-movie about father figures with big chins and an occupied space station. I liked the prime approach of telling the story through scans and the dilapidated environment, but a lot better. 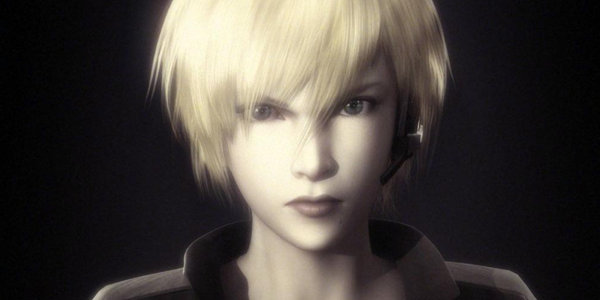 “I am completely torn. Do I get a slap now? ”- The cutscenes are nice, but also not much crazier than elsewhere. What were those times when you were cheering because you could only see Samus ‘face in the whole (!) Game as a reflection in your own helmet visor? I just love mysterious women. - Not you anymore, Nintendo?

As epic as the lid of a trash can. There is hardly any real music, only the usual scratching and pawing that usually heralds the arrival of some tentacle creature behind the air conditioning in space. Even the long-serving samples when finding a new extra have been slashed into an uncult roar. It feels so much like swapping the title tune of the daily news for a whirring hair dryer. Active legend maintenance? Nothing. 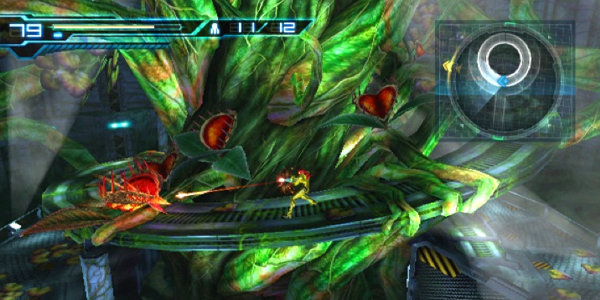 "Botch! Botch! Pfusch! “- Funny: The sound effects correspond completely to my opinion regarding the game quality! But since I can't play them for you here, we'd rather blaspheme a little more about the graphics: Has anyone ever seen a nicer bouquet of flowers to climb up? Clear! Farmer Hansen's old haystack in the barn!

Dead pants have more life than this digital still life. While with the thoroughbred 3D predecessors you could still scan every booger briefly and small in order to create gigantic databases, there are actually no more delicacies here. An inhabited world with animals and plants in sinful symbiosis has become a flat space station, where annoying small cattle also make crap. And crap is.

No more searching looks from lonely rocky outcrops in the middle of nowhere. No detailed dilapidated ruins reminding of the glory of bygone (software) times. No more lava basins or mechanical war golems that endured millennia to be somehow moved out of the way or bypassed. After 4 hours of play, everything is still as sterile and blocky as Tetris blocks discarded in an oversized repository.

I would actually have liked a pure 2D adventure better than this 2.8D spectacle, where you learn to hate the third dimension (!) Because it looks like shit from the first person perspective and is only needed when the spongy combat system is currently is again too inflexible. Imagine - for comparison - a Mario 3D Jump & Run, where you have to switch to the first person perspective before every major jump. 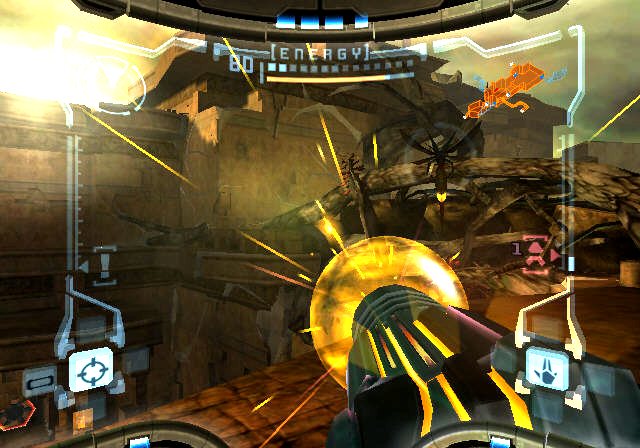 Temples, colors and money (?): In this (bad) screenshot from “Metroid Prime 1” (2003) I can see more atmosphere than in the left “Other M” toe. What is the newcomer's title supposed to mean? "Other M-ethod of making money?"

After I've had around half the playing time, I no longer have any hopes of a miraculous recovery of the head amputee patient. The adventure elements have so far been based on blasting away obstacles; The desire to explore is just as great as on extensive hikes in the corridors of the local tax office.

Conclusion: Huge disappointment with some perfidious deceptions (= good CGI video sequences!) And old-fashioned content. The controls and the graphic style are partly howling, the ideas are on the level of the SNES original from 1994, only that they were still fresh at the time and perfectly (more) worked out.

This is what happens when you give your babies to strangers and to "Team Ninja"! I expect nothing less from Nintendo than a bouquet of flowers as an excuse, a food basket and a promotional cap in the shape of a Metroid.

I'll order the "Metroid Prime Edition" (all 3 games) for the Wii right away, even though I already have Games 1 & 2 for the Gamecube. But maybe the extended controls and the 16: 9 mode can curb this tremor of hatred in the right eyelid ...?

If "Back to the Roots" (Raus mit der Rod?), Then please in nice 2D. I just had something drawn with watercolors: 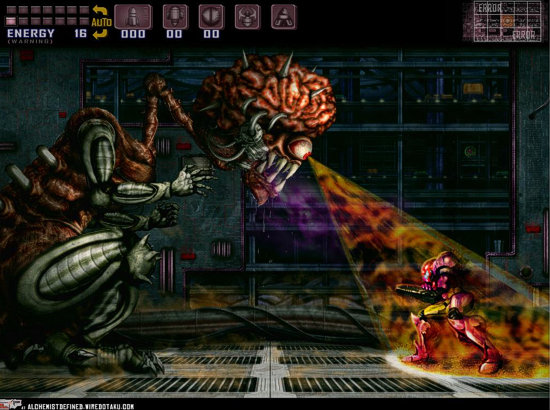 (Rating should be treated with caution, as the game is not played through. And I probably won't do it either. Please also note the links below to the articles in the Prime trilogy.)