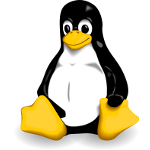 Reading something like the following gets me pensive. The reason is above all who said it. In a lengthy blog post he explains what he thinks went wrong with Linux on the desktop. I'll try to summarize it as clearly as possible.

In his opinion, the roots of the problems lie in the developer culture that arose around the project. Linus Torvalds himself would have created this years ago when he opposed any binary compatibility of device drivers. The kernel developers may have had their reasons and the industry was forced to play along. The desktop people wouldn't have had that power, but they would have had the same mindset.

The idea was that the code should always be kept clean and that old useless stuff should be thrown out. That was how it had been done. APIs were kicked out because there were better ways to do the same. This can also be applied to functions in a similar way. Compatibility layers were introduced that were neither compatible nor maintained. If you made the community aware that it wasn't working, you got the answer that you were using it incorrectly.

Furthermore, the distributors have never been green with each other. The same functionalities were implemented in different ways. Standardization has always been undermined by those who have been in control for the longest time. They just wanted to prevent other distributions from following, so as not to lose their dominance. Being incompatible was a strategy for gaining market share. This practice was still being practiced.

In summary, Miguel de Icaza sees it this way:

This has ruined the ecosystem for third-party vendors targeting Linux as a desktop. You only try that once by supporting the top distribution - in the best case, the top three. Then 6 months later you had to find out that the software no longer works. Linux support has become a burden for independent developers. This now reminds me that Valve initially only supports Ubuntu for Steam. de Icaza might actually be right here. If that falls on your face, then that's it with Steam and Linux.

That didn't matter to the Linux community because it was of the opinion that everything could be built with open source. Spreadsheets, word processors, design programs and so on have also been done quite well. Solid package management has also been created and so on - but the big picture has been overslept. Every third party was left out and something like Apple's App Store for Linux to create is not possible these days.

When Apple launched Mac OS X, the base was far from beneficial. The kernel and userland were old and compatibility was a disaster. However, the GUI was very nice. I can even remember myself marveling at the design of the first Mac OS X in a technology market.

Over time, Apple has addressed the big problems and has just improved the kernel, brought compatibility up to date and more and more simply worked “out of the box”. Linux users who found it too stupid to get their sound card working every 6 months simply migrated to Mac OS X. Many hackers also switched to Apple because it was simply a nice UNIX on which everything worked: PDF, audio, video and was also very pleasant to use. Many have traded complete control over the system for stability.

en Icaza himself fell in love with the iPhone, so he had to use a Mac. As part of Linux desktop development, however, he felt guilty that he found Mac OS X so comfortable and that most of his work was done on it.

Photoshop from 2001, when Windows XP was on the market, can still be run on Windows 8. Many OS X apps would still run under Mountain Lion.

At FOSDEM in February, de Icaza met two friends who smirked about bringing a new system to market and having to modify many apps to make them work. You would have the vision of solving a problem that has not bothered anyone before. However, any Linux user would pay the price for it. He hasn't felt guilty about liking Mac OS X ever since.

So when something like that comes out of the mouth of Miguel de Icaza, then he must be very disillusioned. If you don't know the name, you have probably already used one of its products. He wrote the Midnight Commander, worked on Wine and started the GNOME project. He was also involved in the implementation of the RAID 1 and RAID 5 drivers in the Linux kernel. de Icaza is also very well known in connection with mono.

On the other hand, some people may see hope for Linux on the desktop. Valve's boss sees Windows 8 as a catastrophe for the PC market, and Blizzard is also not very fond of the latest Microsoft operating system. However, that could only play into Apple's cards again and not Linux. I almost think that the whole article can be summed up on two points:

I think it would help - and I repeat myself here - if there was finally a sensible method to properly synchronize your Android smartphone with Linux. So not a crude manual workaround, but a kind that Lieschen Müller can also get along with. For many users, Linux is good for surfing the net, writing a letter and reading your e-mails. Many don't want a desktop anymore. But almost everyone nowadays has a smartphone and would like to synchronize the data with the computer - well, maybe not everyone, but many.

Personally, I will definitely stick with Linux as the main computer, because the business practices of Microsoft and Apple are no good to me. I just want to be the master of my own computer and not be dictated to me as to what is okay or not. However, such words make me very, very thoughtful - maybe it's just one of those days when everything is a bit gray and an article like this certainly doesn't help. So if you want to build me up positively when it comes to Linux on the desktop, you are very welcome ... 🙂

Are you interested in cryptocurrencies? I trade via Binance *.