Where do mental illnesses come from

In 2018, the psychiatrist Oleguer Plana-Ripoll from the University of Aarhus in Denmark addressed a puzzling fact: Many psychiatric patients suffer from more than one mental disorder at the same time - such as anxiety and depression or schizophrenia and bipolar disorder. Plana-Ripoll now wanted to know how common such multiple diagnoses actually are. So he analyzed a medical database with entries from around 5.9 million Danish citizens. What he discovered baffled him: every mental disorder seemed to make patients more susceptible to any other - no matter how severe the symptoms were. "We knew that comorbidity was important, but we didn't expect to find such associations for all combinations," says Plana-Ripoll.

Plana-Ripoll's study addresses a question that has haunted researchers for more than a century: What are the roots of mental illness? In search of an answer, scientists have amassed mountains of data over the past ten years studying genes, brain activity, and the anatomy of the brain. For example, they found evidence that the same genes apparently underlie different disorders, such as schizophrenia and autism. And that changes in the brain areas that control decision-making processes often play a decisive role in mental illness. 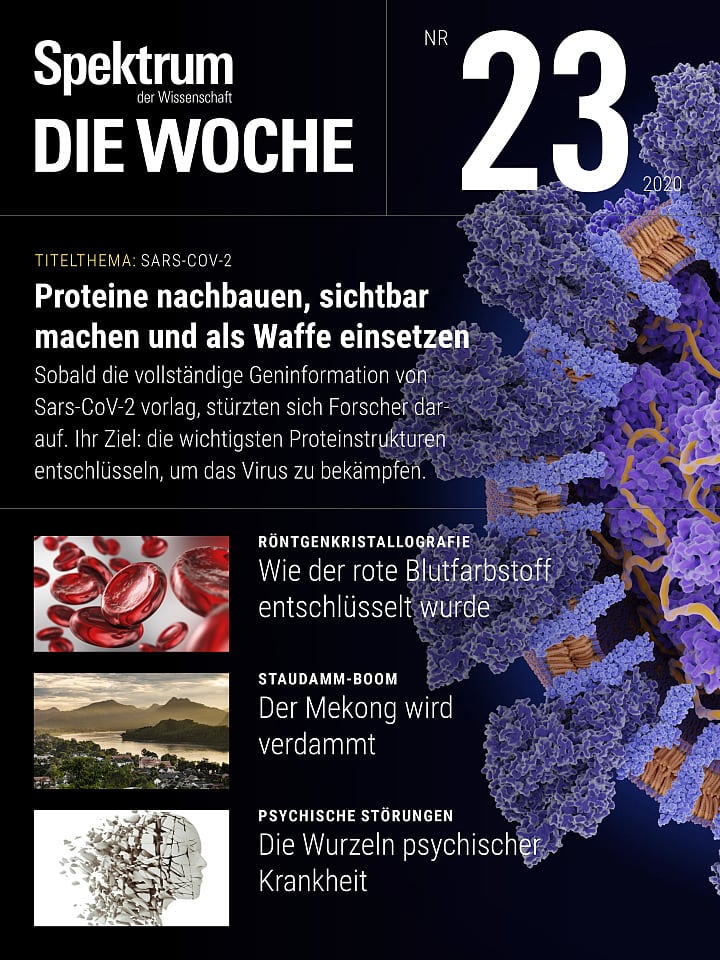 Separate categories are increasingly being discarded

The common theories about the mechanisms that get out of hand in the mentally ill brain are therefore increasingly being rejected. The fact that mental illnesses can be divided into separate categories such as "fear" or "psychosis" has been largely refuted, for example. Instead, it becomes clear that mental disorders intertwine and there are no hard dividing lines - as the study by Plana-Ripoll has shown, among other things. Researchers are now trying to find out which biological factors underlie this spectrum of psychopathology.

There are already a handful of theories: Mental illnesses may have several dimensions - and depending on how pronounced these individual dimensions are in a person, they could be more susceptible to certain disorders than to others. Later more. An alternative and at the same time more radical theory is that there could be a single factor that generally makes people more susceptible to mental illness. In this model, other factors determine which disruptions they then develop in each individual case. Both theories are considered serious candidates among experts, with the concept of multiple dimensions being favored by most.

Even if details are still unclear, most psychiatrists agree on the following: The old system of categorizing mental disorders with its neat diagnostic drawers has had its day. They hope that a biologically sound alternative will spawn new drugs and other treatments in the long run. Among other things, they want to find out which key genes, brain regions and neurological processes are involved in psychopathology. That would allow targeted treatment. “Even if it might take a while, in the long run I'm optimistic if the research area does its job,” says Steven Hyman of the Broad Institute of MIT and Harvard in Cambridge, Massachusetts.

A hodgepodge of disorders

Perhaps the most pressing challenge is figuring out how best to diagnose patients. Since the 1950s, psychiatrists have been using a comprehensive volume called the Diagnostic and Statistical Manual of Mental Disorders, currently in the fifth edition, hence abbreviated to DSM-5. The compendium lists all recognized disorders, from autism to obsessive-compulsive disorder to depression, anxiety and schizophrenia. Each of the diseases is defined by symptoms. The assumption behind it: All disorders are different and have their own causes.