"I've [...] seen an incredible amount and just had a great time." [Lieven, Matthias]

Since there is no existing cooperation agreement between the TH Köln and the University of British Columbia (UBC), I applied there as a freemover. I was helped by the IEC, an organization that makes it its business to make it easier for freemovers like me to apply to the university of their choice. This enabled me to apply at relatively short notice, which was possible up to six months before the start of the semester. For a successful application, I needed proof of my language skills, which I could take in the form of the DAAD test here in Cologne free of charge. The part that turned out to be the most difficult was choosing a course. Together with the application, I should submit a list of 15 possible courses, of which I should then be assigned three. But then it turned out that the majority of the civil engineering courses are not approved for freemovers, so that my range of courses was drastically restricted. So I had to deviate from my original choice and took courses in urban planning / architecture and engineering in general.

The next thing to do was to find accommodation. Since I wanted to be independent and unrestricted, I started looking for my own apartment. Since living in Vancouver is generally very expensive, the relatively small supply of affordable apartments was not able to cope with the huge demand from the many students, so I decided to live with a host family.

After booking a flight and clarifying everything else, I made my way to Canada at the end of August. 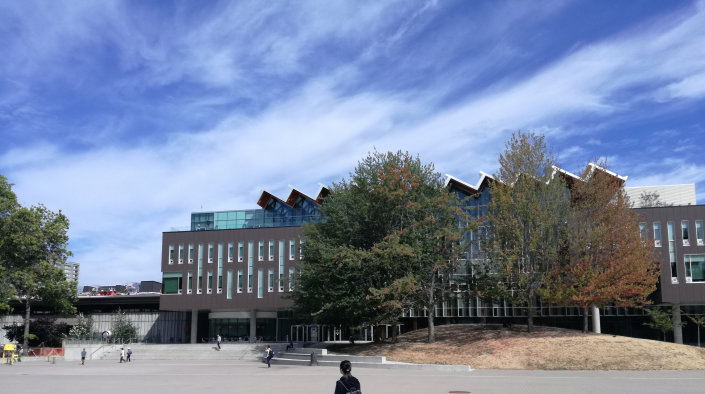 Even though I noticed when applying that the UBC is a lot bigger than the TH Köln, I was still overwhelmed by the size and variety of offers on campus. This has the dimensions of a small town with all its teaching buildings, libraries and residential buildings. There are also dozens of coffee shops, restaurants, clubs and bars, drugstores, supermarkets, banks, etc. There are countless sports facilities, including their own swimming pool, and a huge range of student clubs, so that everyone can find leisure activities that suit their interests. Another highlight is the beach that surrounds the campus at the western tip and is accessible at several points on the campus.

The course itself turned out to be significantly different from the one here at the TH. I took three courses designed for fourth year Canadian students, which in Germany would roughly correspond to the last bachelor's semester. Instead of a big exam at the end, you had to deal with the material at UBC during the semester in the form of weekly assignments. This means that you are more tied to your desk during the week, but you have considerably less stress and effort in the exam phases of the midterms and finals than you would otherwise. Personally, I got along well with the Canadian system, and even prefer it to the one that is common here, as you work your way deeper into the subject overall. In my opinion, the level of the courses was a little lower than in Germany, but I still learned a lot and took it with me professionally. The fact that I didn't necessarily take classical civil engineering subjects also turned out to be an advantage in retrospect, because it gave me a glimpse into other interesting subject areas.

Cultural differences and the tendency towards the exaggerated, which is often said of the Americans, are particularly noticeable in the run-up to Christmas. House facades and trees are transformed into luminous works of art and Christmas music is playing everywhere. This madness of the Canadians and at the same time openness for everything and everyone exudes a unique attitude to life, which certainly also contributes to the great tourist popularity of Vancouver. The city is, among other things, due to its location on the coast and mountains, an important economic center, but also a center for art and drama, industry and research and impresses with an incredible quality of life. Sustainability is not only a priority on campus, because the whole city protects its green spaces and countless organic markets testify to the conscious way of life of the people.

The close proximity to nature is a big plus point of the city. Surrounded by mountains and forests, Vancouver is the perfect place to spend days off or weekends exploring nature with friends, climbing mountains or swimming in lakes. To this end, you have often teamed up with other exchange students and always got to know new people. In winter the weather was unfortunately much rainier, so that you couldn't do so many hikes. Instead, the ski season began, and so we did the same as the locals and drove to Whistler or other ski areas directly north of the start to ski down the slopes with an unbelievable panorama. 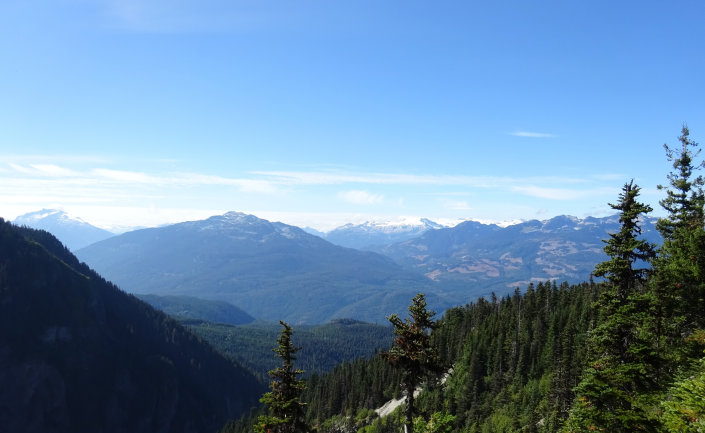 In conclusion, I can only say that going abroad was the best decision of my life. I've met a lot of great people, made new friends, seen an incredible amount and just had a great time.