The Niger, the black river 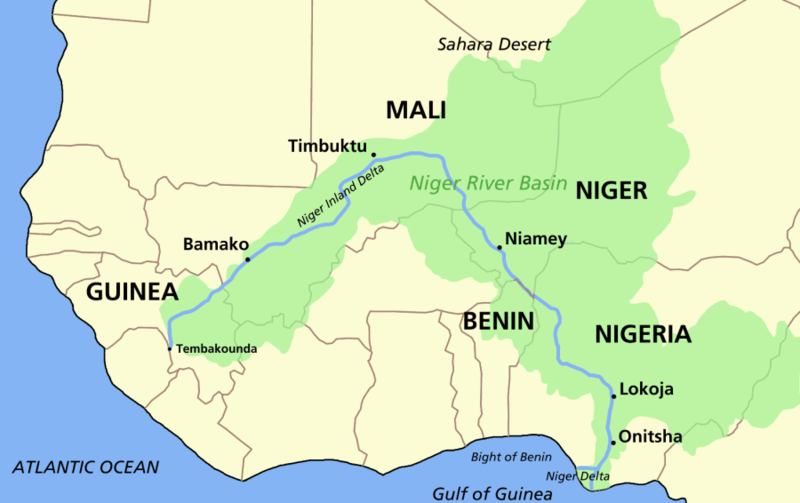 The Niger is the third longest river in Africa. It rises in the mountains of Guinea and flows in a semicircle through West Africa before flowing into the Atlantic. He is 4180 km long and forms the lifeline of West Africa. In fact, Niger is the main route between the Sahara, the Sahel and the tropical forests of Central Africa.

The name Niger probably comes from the Latin word niger, which means black. Ptolemy already reported on the "black river". The color comes from the mud that is washed up once a year by the floods on the banks and valleys. Then the Niger irrigates the dry savannahs in the Sahel region in a huge inland delta. 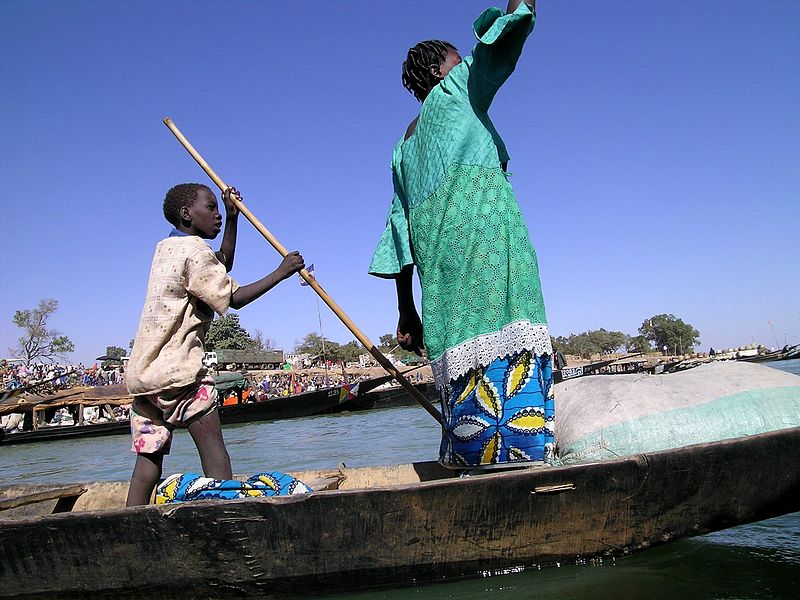 In the upper Niger, the river is navigable. The men go fishing in small pirogues. You need to be on your guard because hippos pose a great threat to small boats. If a fisherman gets too close to their territory, the hippos suddenly appear and can quickly capsize the boat. In the area of ​​Mopti, the "Venice of Africa", the Bani and Niger flow together. The river disperses in a huge inland delta. 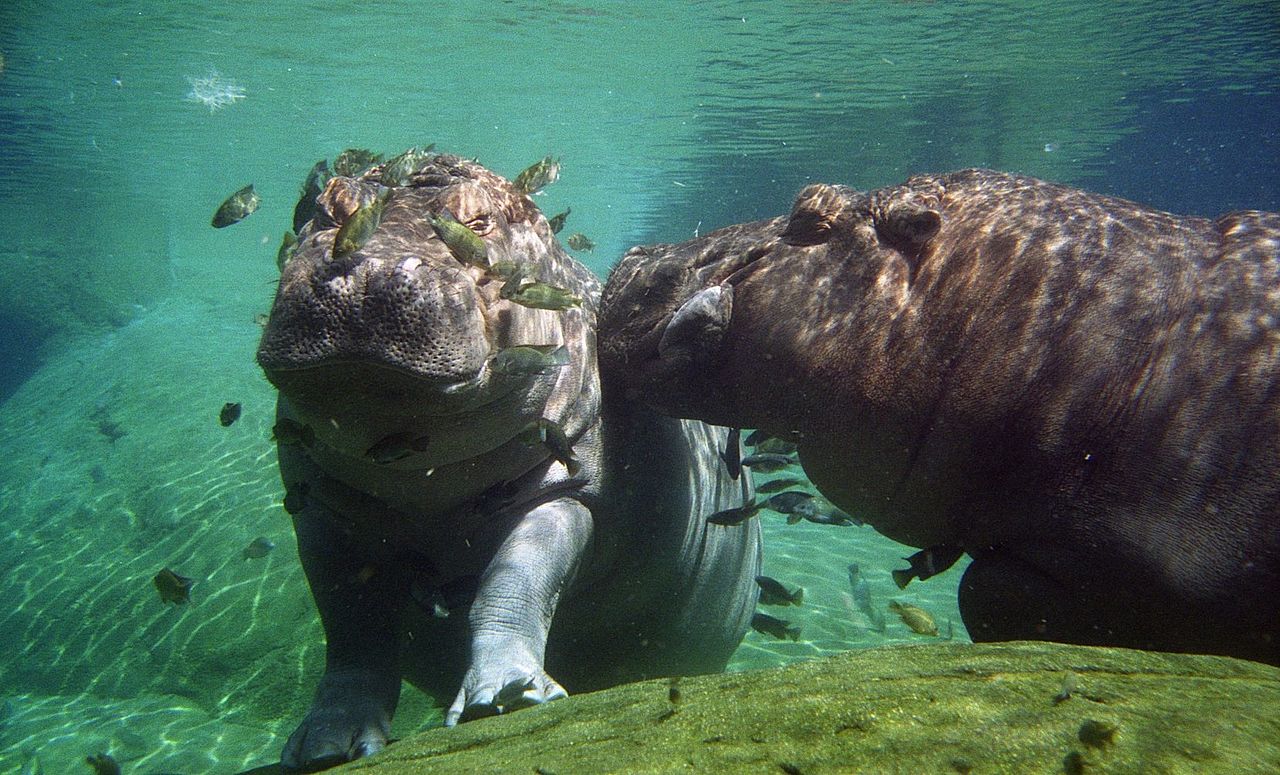 The land is so flat here that the water is lost in countless arms and rivulets before it ends up turning north as a large river.

The Niger Arc extends to the edge of the Sahara

In the area of ​​the “Niger knee” there are no ships, because the river is simply not deep enough here all year round. In an arc, the Niger reaches the edge of the Sahara, near the desert city of Timbuktu. Ship traffic only starts again from a port near Timbuktu. Here is an important hub for the salt trade. 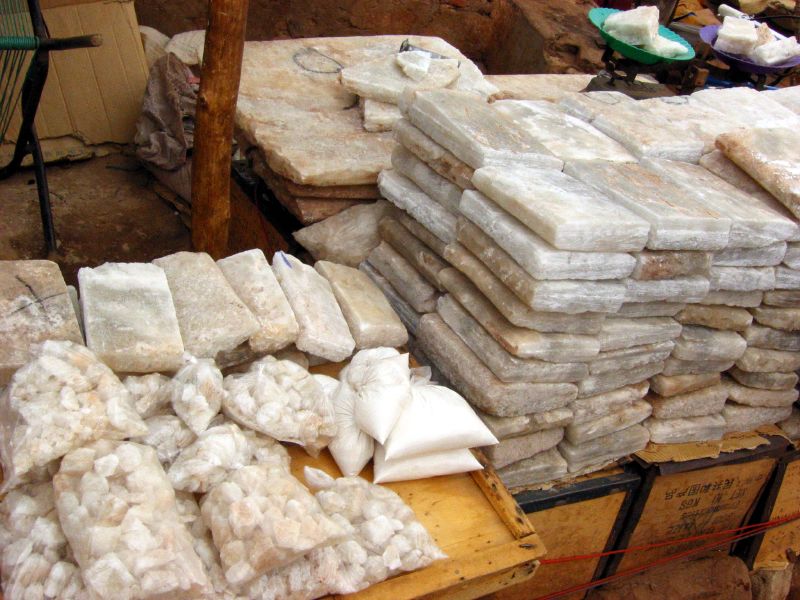 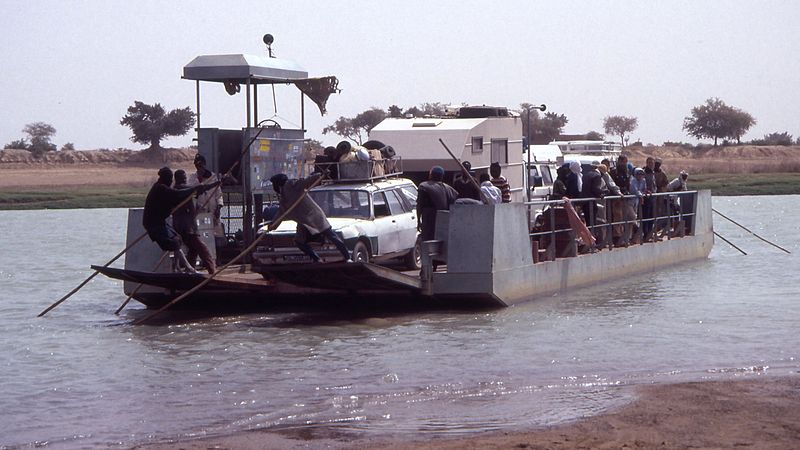 In the port of Timbuktu, salt, which the Tuareg caravans transported from the salt lakes of Touadennie through the desert, is loaded onto ships and transported south. Here the river bends and flows briskly to the south.

The Niger in the Sahel - past villages and millet fields

The Niger passes villages that are often overlooked by white adorned mud mosques. In between, millet fields appear, mango groves and baobab trees with their massive fruits. Kingfishers and kites, herons and cormorants hunt for fish. 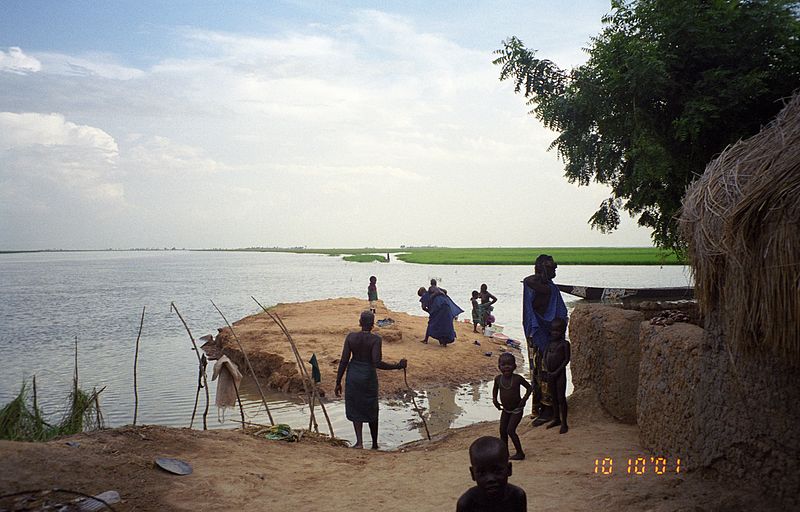 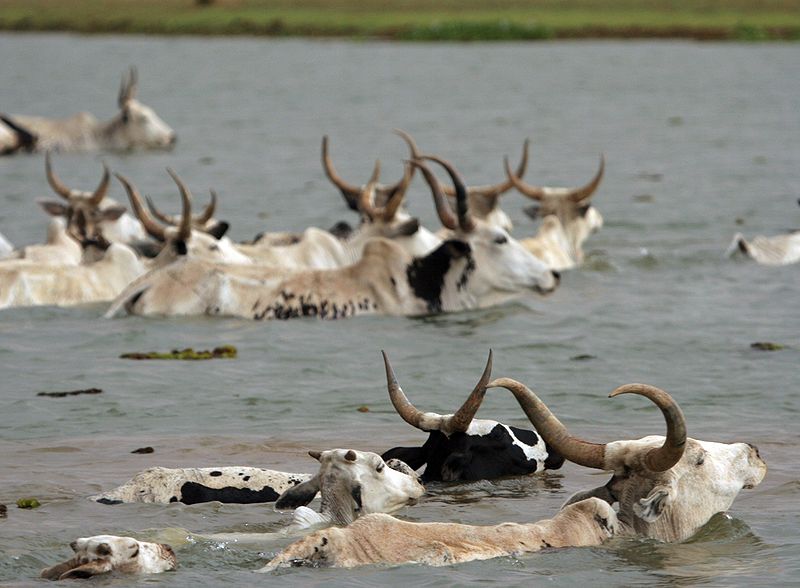 On the left photo you can see fishermen in Mopti, Mali. In the villages along the Niger, women wash their clothes in the river. Timber traders transport bushwood to the villages. Wandering shepherds drive their herds of goats and cattle along the banks of the Niger or drive them through the river to the other bank, as in the photo above on the right.

Bridges over the Niger

So far, only 7 large road bridges have spanned the river. Most of the bridges were built in Nigeria, and there are 3 in Lagos alone. They connect the mainland of Lagos with the islands of Lagos Island, Ikoyi and Victoria Island. Another Niger Bridge connects the cities of Asaba, Delta State and Onitsha, Anambra State, in southern Nigeria. The Kennedy Bridge in Niamey, Niger opened in 1970. It was named after the American President John F. Kennedy and funded by the United Nations. For over 40 years, the Kennedy Bridge was the only way to cross the river in the city, save for pirogues that used to frequent it.

In the photo above you can see the Kennedy Bridge in the city of Niamey, Niger.

The water of the Niger is used to irrigate the fields and generate electricity. On its long way from its source in Guinea to its mouth in the Atlantic, the Niger with its tributaries enables rice and millet to be grown in five countries. With its tributary Pendjari, it ensures the preservation of extensive wildlife parks and nature reserves. Because of its many rapids, it is only partially suitable for shipping.

In Nigeria, the river is getting deeper and wider. It flows through dense, tropical forests. The more you travel south on Niger, the more river nomads you will encounter. The nomads live in boats on the Niger and trade in goods from the north and "bushmeat" from the south. Bushmeat refers to meat from wild animals from the rainforests of Nigeria. Eventually, the river splits into many arms and forms a huge delta before flowing into the Atlantic at the Gulf of Guinea. The Niger basin he irrigates is three times the size of France.

The peoples of the Niger tell legends about the river and its gods, because it feeds life in West Africa. The Africa traveler Michael Obert has collected a legend about the water god Gboloma, who is said to rule over the source of the Niger. It says that Gboloma pursues those who leap over its source with his revenge. Therefore, all residents of the river banks obey the laws of the gods of Niger.